Genevieve, the Ellanam Dress Form Company and the New Look 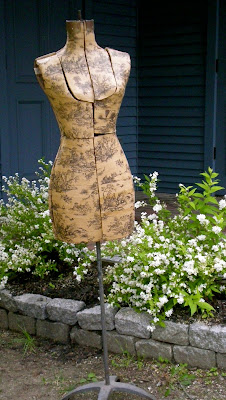 Re-introducing Genevieve, our French pastoral dress form! We've been researching vintage dress forms lately, and have noticed several similar ones from personal sellers or auction sites. Her shape suggests that she is from c.1950, when Christian Dior's "New Look" had set the trend for fashion that emphasized a pointed bustline and small waist. The setup of multiple adjustable pieces is identical to Acme Adjustable Dress Forms from the 1950s, manufactured by the L&M (Ellanam) Adjustable Form Company in Brooklyn. Genevieve is unique in that she has lost her original covering; a previous owner converted her into a decorative piece by replacing the traditional sturdy fabric with toile paper. 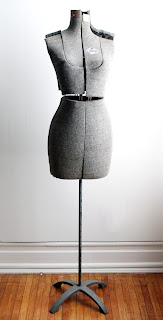 The Ellanam Company became popular at the turn of the century for their revolutionary adjustable mannequins, which allowed seamstresses to make clothing for a more realistic body shape. In 1914 they were even involved in a legal case with the Hall-Borchert Dress Form Company, because both corporations wanted to claim the patent to such a convenient model.

Genevieve is part of a long progression of techniques in the history of fashion construction. One wonders what stylish New Look fashions she might have modeled before she was re-dressed in toile paper!


Above left, a 1910 advertisement for Acme Adjustable Dress Forms from eBay. Above right, an original 1950s Acme form from etsy.com
Below, two New Look outfits by Christian Dior, from 1947 and 1955. 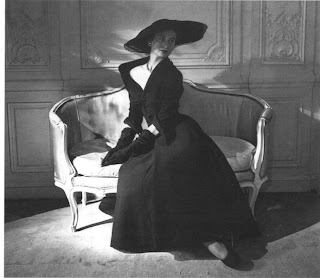 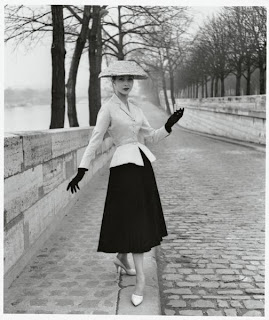